What an awesome weekend!  It was filled with food, friends, and family!  I am such a lucky gal.

No other way to start the weekend (especially after a stressful shift on Friday) than with a five mile run until sunset. 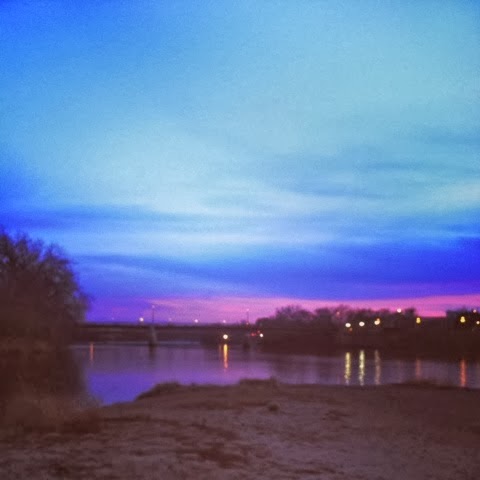 The temperatures reached to 50 degrees, so I couldn't pass up the opportunity to run outside!  If temperatures are anywhere above freezing between November and March in Wisconsin, you'll find me outside.  Once it gets in the 30s though, I'm on the dreadmill... I mean, treadmill.  I know, I'm a wuss.

I wish I had the motivation and determination to get outside regardless of the temperatures, but I simply don't.  This past week I was wearing two pairs of socks every day and it wasn't even what Wisconsinites would call "bad".  Heck, there isn't even snow on the ground yet!  I would rather spend winter inside the house with a good book, a cup of coffee, and the heater blasting.  Seasonal affective disorder??  I'm convinced I have that.  Times a million.

The great thing about winter, though?  The holidays!  Terry and I hosted our first "Friendsgiving" party last night.  We brined, rubbed, stuffed, and cooked our first turkey!  I was pretty impressed. 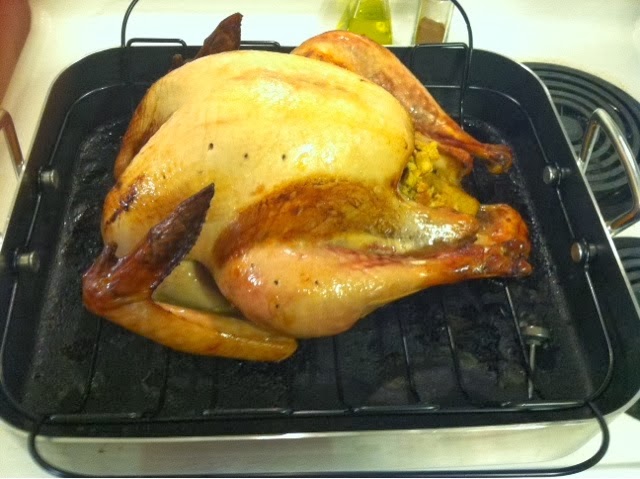 It was fun being able to use a bunch of our new dishes and appliances we received as wedding gifts and also make the house look festive! 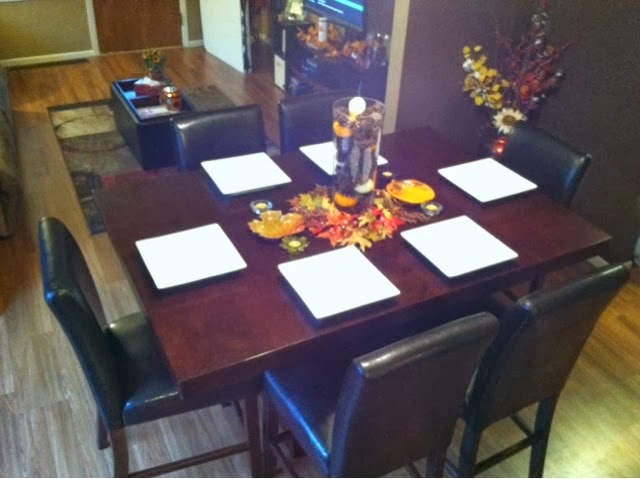 We finally got around to hanging up our new wine racks too, which I am in love with! 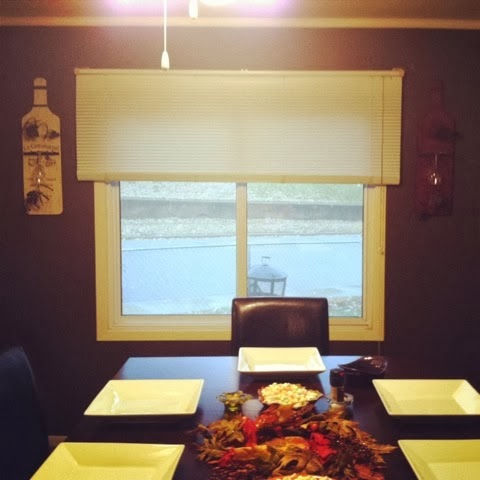 We ate, drank, talked, laughed, and ate some more while playing a new card game called "Cards Against Humanity" 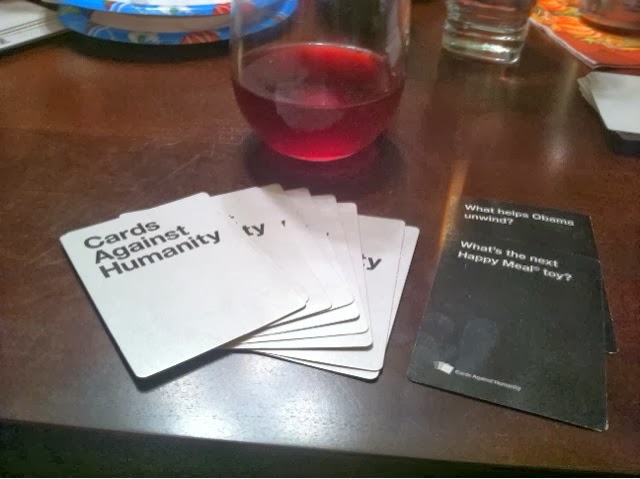 Our friend, Nick, brought this game over and it was HILARIOUS!  There were many cards that made you wonder, "who comes up with this disturbing stuff?!".  For those of you who don't know the game, it's an adult version (really, don't play this with children) of "Apples to Apples".  With 12 people playing, there were some interesting cards played and therefore, many laughs!

I wish we could have gotten a group photo or more pictures in general, but we were having so much fun that I forgot to snap more than the few I did get.  The turkey settled in and everyone was tired and headed home by midnight.  We cleaned up the house so we would could sleep in this morning.  It was so nice to wake up to a clean house and just be able to relax. 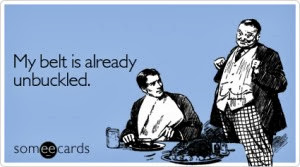 I went to church while Terry ran some errands and then we met back at home for an afternoon of leftover food, football, and (unfortunately) Nascar.  Since the football games and Nascar were on at the same time... there was only one solution that Terry could come up with. 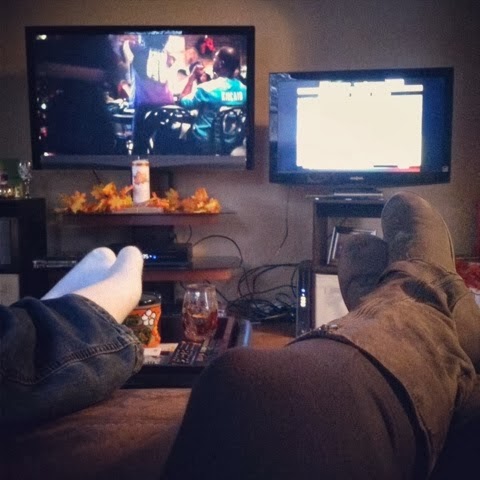 My parents came over to enjoy the double view and some of our leftovers!  I spent the evening with the two pups sleeping on my lap.  I think the large amounts of turkey they got from people is still settling in... They may have gained five pounds.  Each.  Looks like a long walk is on our agenda for tomorrow morning!

How was your weekend?  Do anything fun?