The weather today was beyond amazing.  It was so cool in the morning and only reached 75 today, which felt so soothing compared to all the heat we have had.  We knew we had to take advantage of the great weather :)  I started off the day with Greek Yogurt Pancakes (via PBFingers) and they were delicious!  With a sliced banana on top, it was a perfect breakfast!  I wish I would have taken a picture of them, but devoured them before even thinking about it.  Luckily, Terry didn't have any so I have leftovers for tomorrow and possibly the next day ;)

After breakfast and laying around for a bit, we got the bikes ready and headed out for a bike ride.  We didn't have any specific plans besides "bike around" and ended up biking about 7 miles to a rest stop.  There was a map and a mileage chart that said we were only 5 miles away from the next town, where Terry said there was a gas station.  We took on the challenge!! 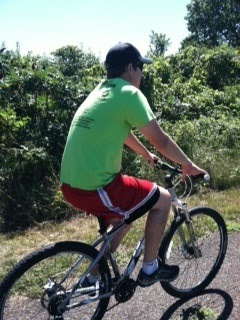 We biked the extra 5 miles where we stopped to grab an energy bar and Gatorade to share at a picnic table. 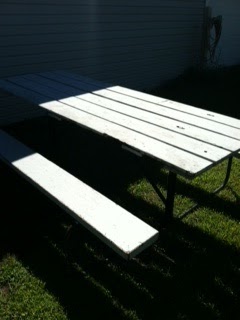 Our butts were already sore from the 11.5 miles there, so it was nice to sit on something other than a bike seat!  But, after some rest, it was time to head back.  The bike ride back seemed to go by much quicker than the ride out there (we had to deal with some wind on the way there) and the trail was beautiful.  With the perfect weather and shade, it was an enjoyable workout! 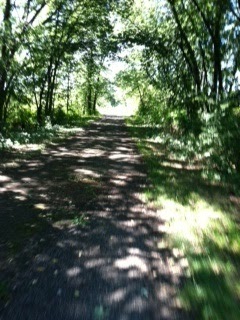 My butt is pretty sore, so I can only imagine how it will feel tomorrow :) Luckily, I have an upper body workout planned for tomorrow rather than lower.  We ended up biking 23 miles and enjoyed a yummy protein shake when we returned home along with showers and couch time in front of the TV. 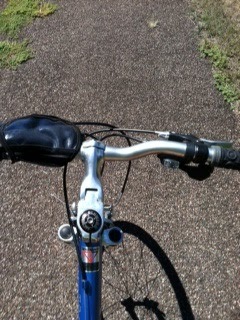 Since a blog post doesn't seem complete without mentioning the little guy... I figured I would write an update on Mr. Parker :)  He had his surgery on Wednesday and everything went great!  He came out with sparkling white teeth and fresh breath, trimmed toenails, and missing just a couple of things (wink wink).  The vet sent us home with lots of great stuff to keep his oral health in check so that he won't have to go through deep cleaning again (hopefully).  It's insane how great his teeth look and how much of a difference it made on his breath!  I was so grateful to hear the vet explain how much better his health is because of the surgery.  As I explained in a previous post, without him getting neutered, he had a high chance of getting cancer later in life.  So, with that out of the way, hopefully no cancer!  Also, she stated that with a deep teeth cleaning, we prevented bacteria from making its way to his heart and kidneys.  They suspect that he is about 9 years old and could live past 15, yay!

He was pretty "isolated" from us the first night and did not want anything to do with us, don't blame him.  But the next day, all he wanted to do was cuddle and sleep on the couch :)

Now, a few days later, he seems to be back to normal.  Minus some bruising, his surgical sites look fine and he goes back into the vet in 2 weeks to get the sutures out!  Yay, Parker!

I can't believe how long this post is!  Such a busy week and no posting = super duper long post... sorry!  Now I am going to Keep Up with the Kardashian's and drool over these new running shoes I so badly want...