Last night, I made the most delicious dinner everrrrrrrr.  I wanted to eat the entire pan for dinner but knew I had to save some for lunches at work.  Let's just say that I was super excited for my lunch break today just because of this dish. 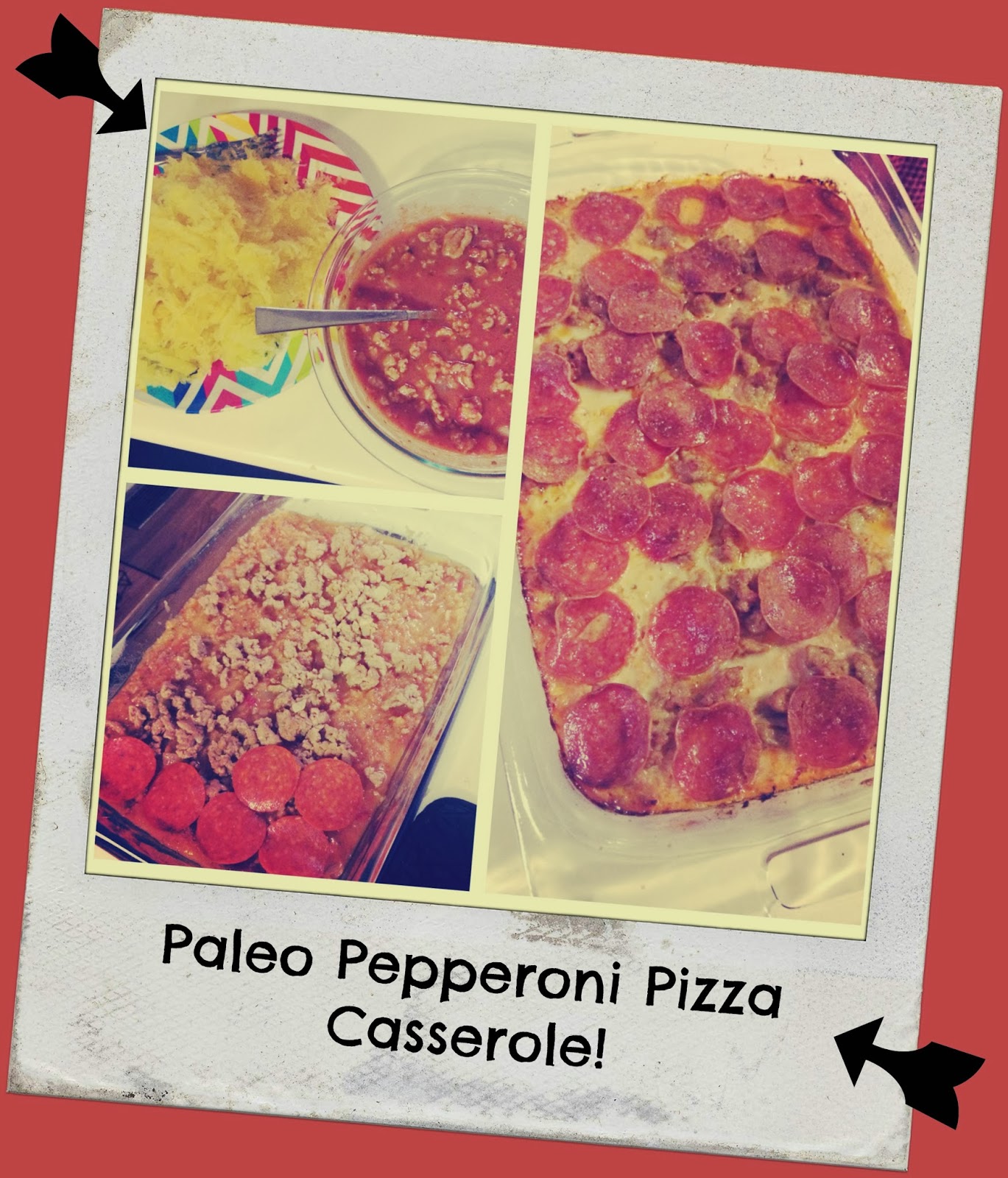 Seriously, make this TONIGHT.  It's worth it.

I kept coming across variations of the recipe on Facebook and Pinterest through the blogs "Writing in White" and "PaleOMG".  PaleOMG has a ton of awesome Paleo recipes, FYI.  I'm a huge pizza lover so this recipe was instantly put in my mind as a must-try!

While at Trader Joes this last weekend, I found spaghetti squash for about $2.50 EACH.  Not per pound like every other grocery store in the world.  I dug for the biggest one I could find to get the most bang for my buck.  Even the guy at the cash register said, "I think you found the mother of all spaghetti squashes".  Dang right, I did!  It was the perfect size, too... Enough to fill an entire 9x13 casserole dish along with the other ingredients.

Since I was following a couple of different recipes, I thought I would share what I ended up using in my casserole.

I started by cutting the spaghetti squash in half (read: Terry cut the squash in half because I'm accident prone in the kitchen) and baked it face down at 375 degrees for about 35 minutes.  While that was baking, I browned the ground turkey with the onions.

In a large bowl, I whisked the eggs then added the marinara sauce, seasonings, and MOST of the ground turkey and mixed it all together.  Once the spaghetti squash was finished, I forked it all out and combined it with the ingredients in the bowl into a 9x13 casserole dish.  I also bumped up the oven to 400 degrees. 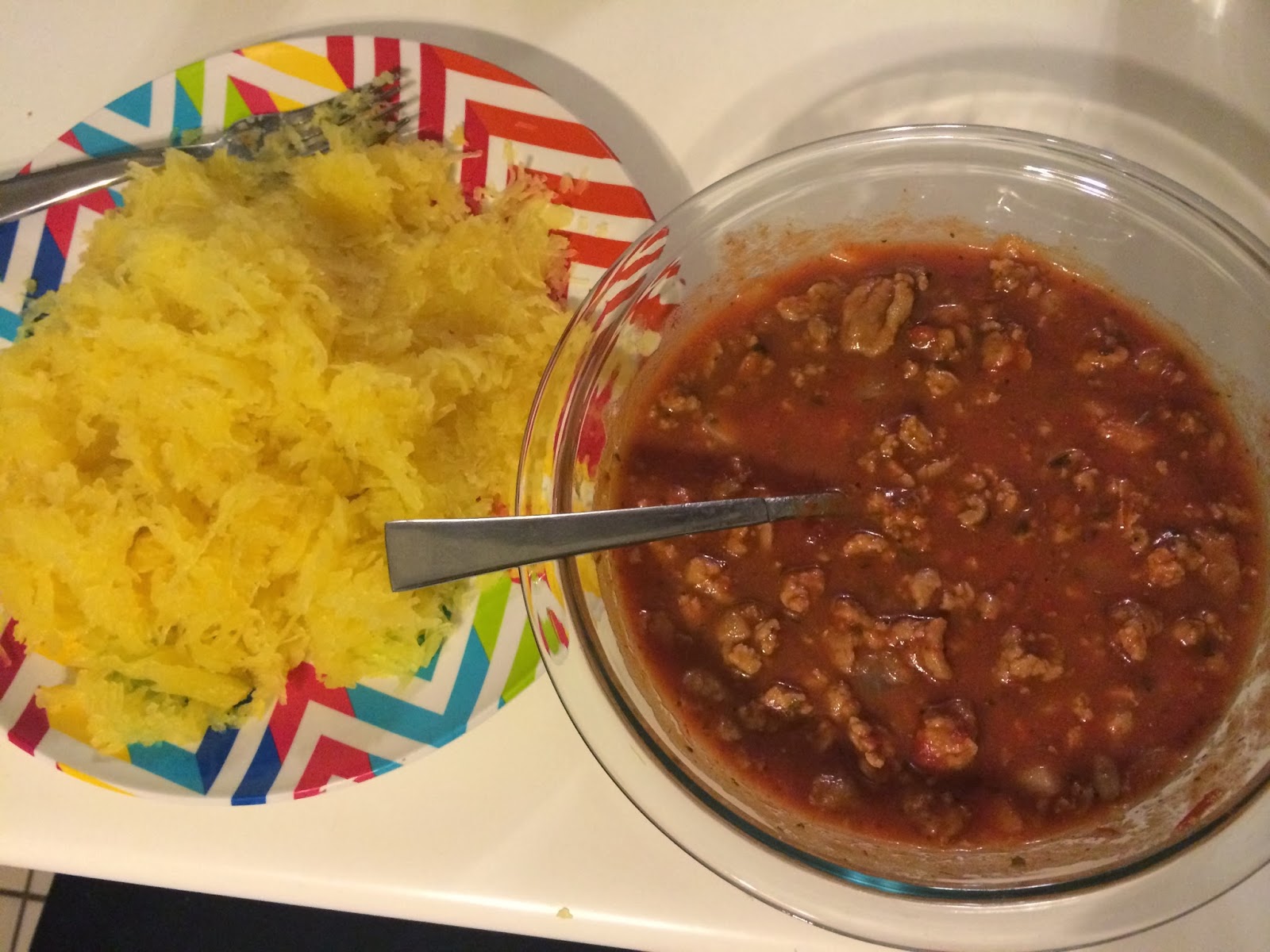 Once it was all combined, I topped the casserole with the remaining ground turkey and pepperoni! 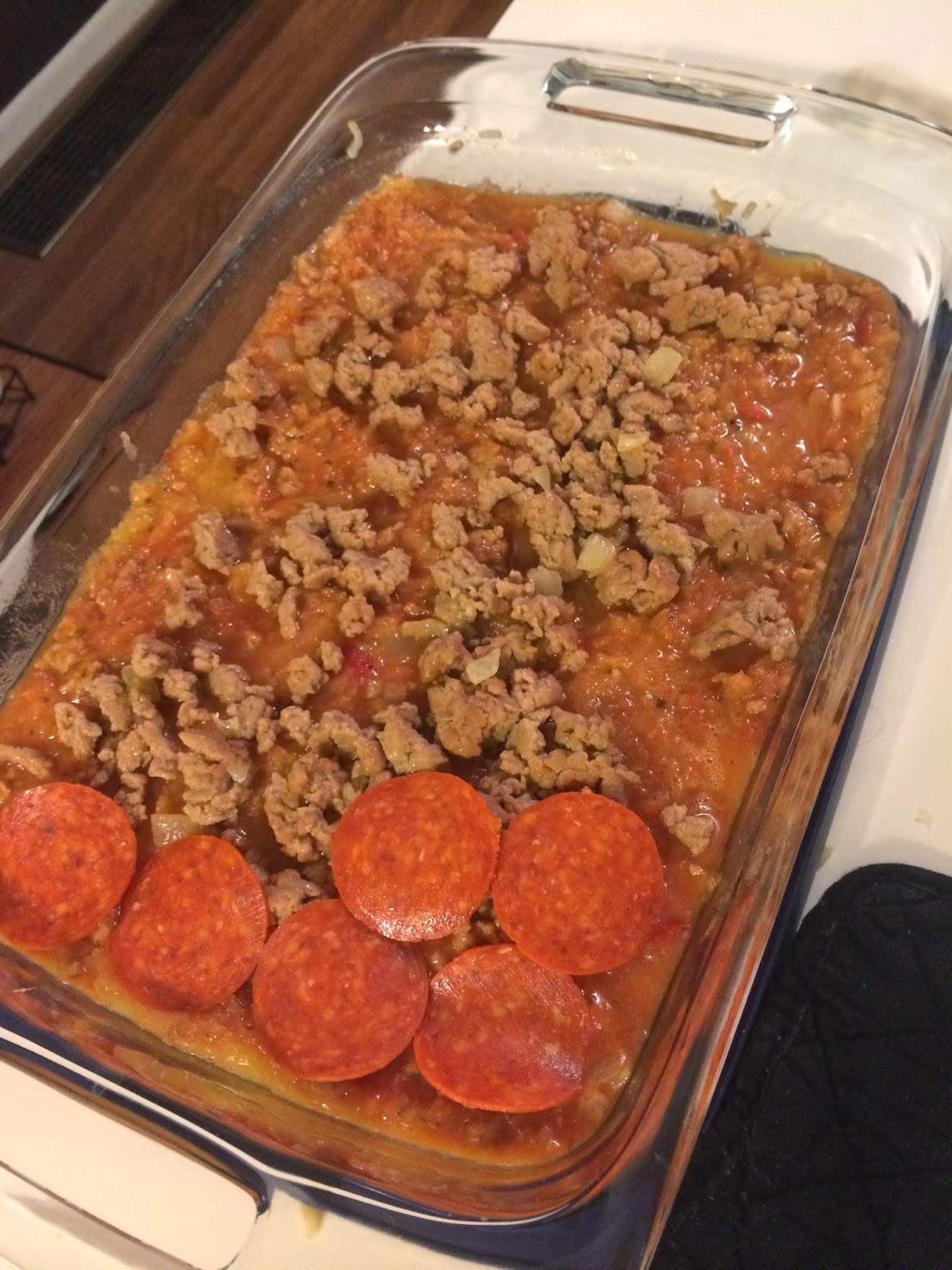 I put it back into the oven for another 35 minutes and then switched the oven to broil for the last few minutes.  I waited until the pepperoni started to look crisp. 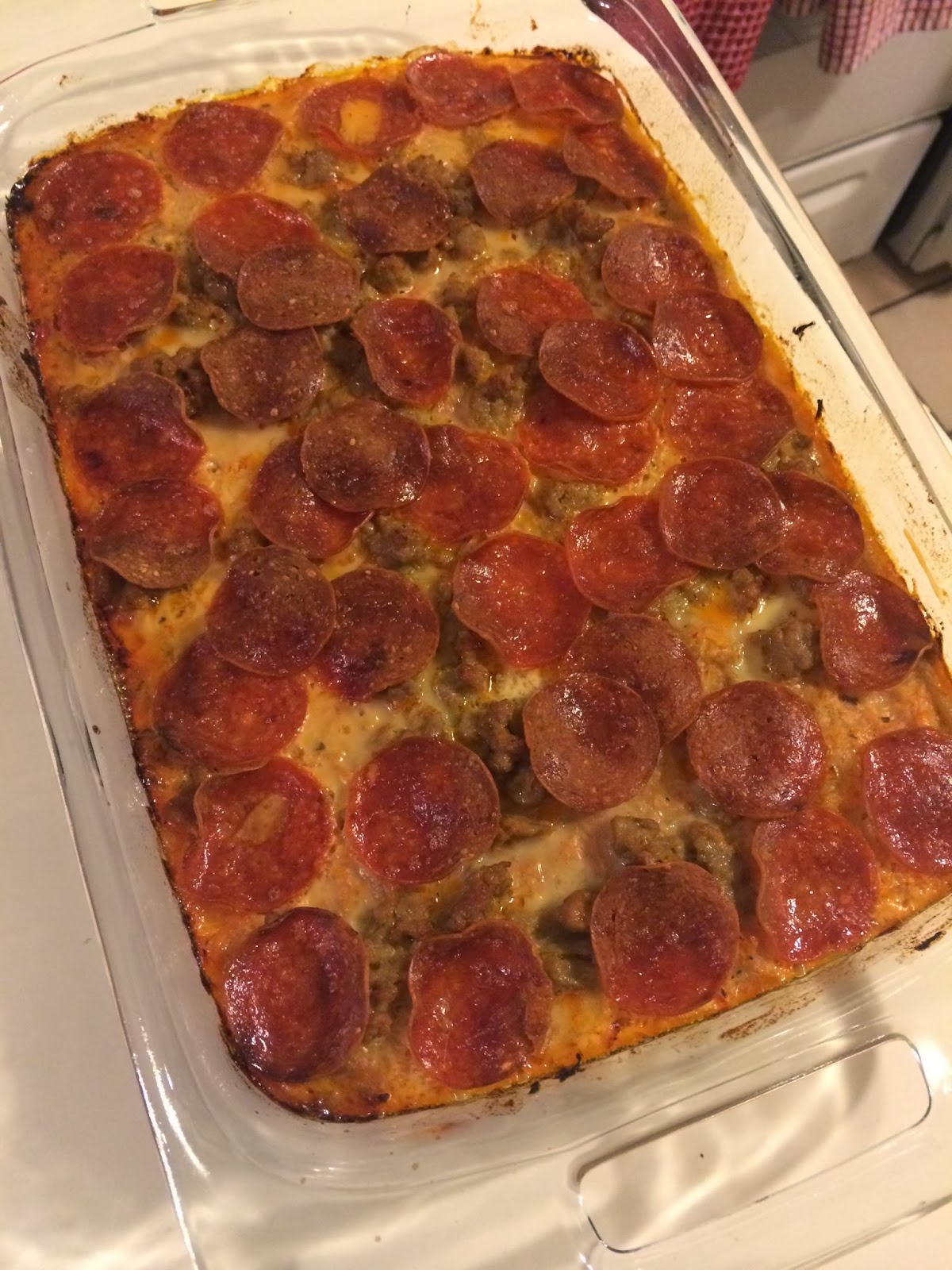 Some of the pepperoni got a little too crisp.  Opps.  Keep an eye on it while it's broiling ;)

Make it your own recipe by adding your favorite toppings!  Peppers, mushrooms, or even cheese if you're not following Paleo.

This was seriously delicious and I hope it lasts me more than two days.  I will definitely be making this again!  If you make it, let me know what you think!

Where do you go to find recipes?
Posted by Life After Morning Coffee
Email ThisBlogThis!Share to TwitterShare to FacebookShare to Pinterest