Happy Monday!  It's the last one in 2013... Hope you're all going out with a bang and wrapping up those 2013 goals before another set of goals start on Wednesday.

This last weekend was a blast and a much needed weekend away!  I knew it was going to be a weekend full of greasy food and alcoholic beverages, so I made sure to get in a quick cross-training session on the elliptical at home before leaving town. 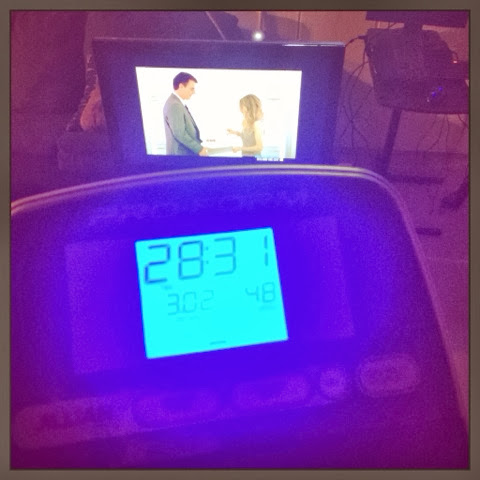 We hopped into the car with our great friends Kyle and Becca and headed to Minneapolis... First up, lunch!  We went to the 5-8 Club for their famous "Juicy Lucy" burger that has been featured on shows such as "Man vs Food". 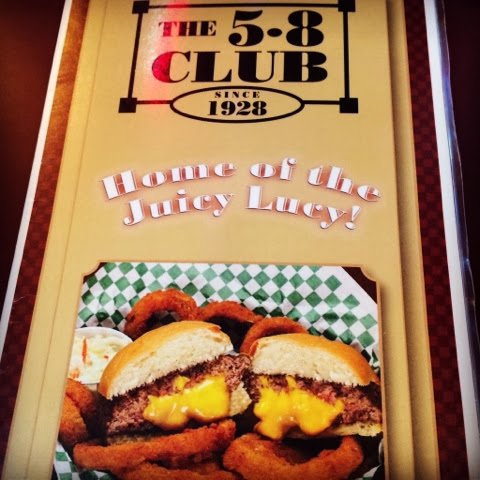 A half pound burger filled with cheese!  Woofta.  I almost didn't order one because it was so intimidating, but caved in when everyone else was ordering it.  It was extremely delicious and I luckily got a smaller burger with less cheese, so I was actually able to finish my meal.  Terry, the biggest cheese lover of all time, even said the amount of cheese inside the burger was a little overwhelming.

We obviously needed to walk off our meal so headed down the road to Minnehaha Park to check out the water falls! 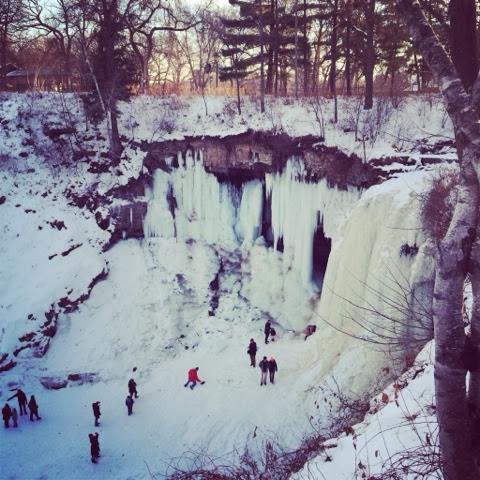 Or...Ice falls?!  The park was packed since we reached a whopping 40 degrees on Saturday.  I forgot what above-freezing temperatures felt like, it was beautiful!

After walking around, we went to check into our hotel room so we could enjoy the "Managers Reception" where they served free drinks and snacks such as chips and salsa, pretzels, and popcorn.  It was a lot of fun to sit around and chat with great friends, drink, and eat.  With our busy work schedules, Terry and I don't get time to be social anymore.

We changed into swim suits and continued the conversation in the hot tub.  It felt amazing!  I would have been content with crawling into bed the moment we got back into the room, but we decided to change and catch the light rail into downtown. 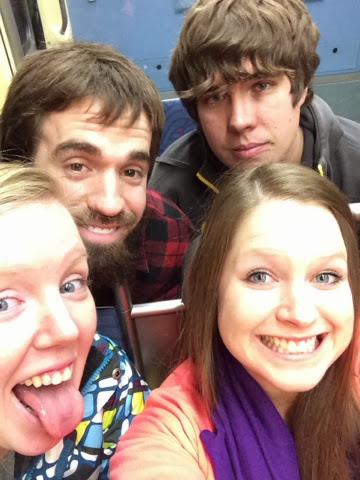 The light rail ride was longer than we expected, so we entertained ourselves with pictures. 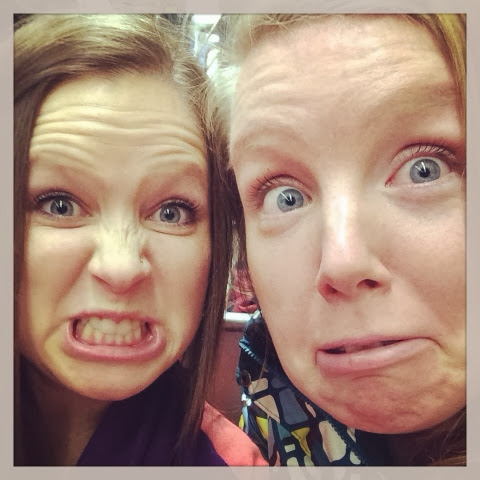 It was FREEZING outside (it's amazing the temperature difference in just a few hours... Can't we get more than an afternoon of tolerable weather?!) so we ran into the first bar we saw, Brothers.

We have a Brothers in our town, but this one was two levels and had dance floors.  Yessss! 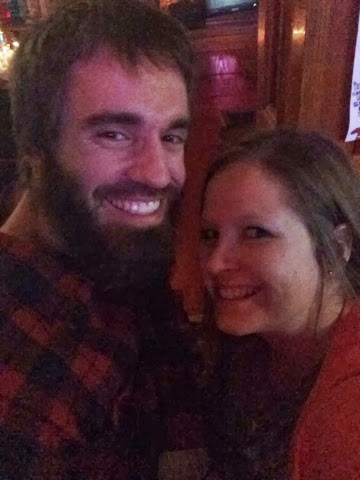 We should have stayed here but ventured out to a couple more bars that were no where near as impressive as Brothers.  Lesson learned.  If you're having fun, stay put.

Everyone grabbed pizza and we caught the light rail back to the hotel!  It was only a few hours of sleep before we had to be up and ready to catch the light rail again for the Metrodome!  (Another lesson learned... I am not 21 anymore and should not be up past 11:00pm. Noted.)

After a freezing cold wait for the light rail, we were off to the dome! 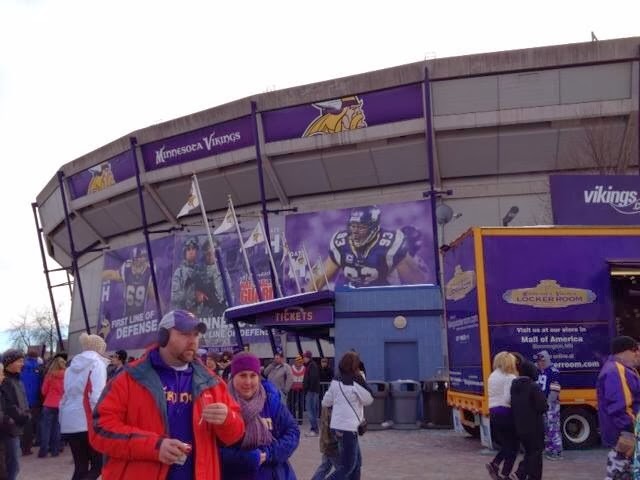 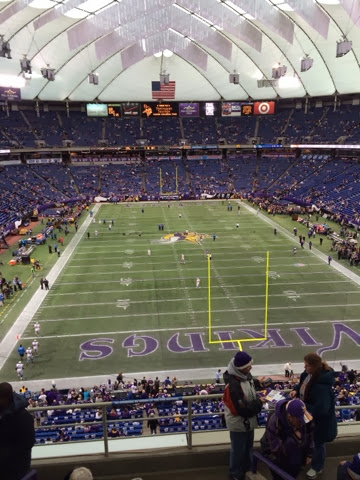 It's ironic that Terry's favorite NFL player is Calvin Johnson and my favorite is Adrian Peterson, yet both were out for the game.  Awesome. 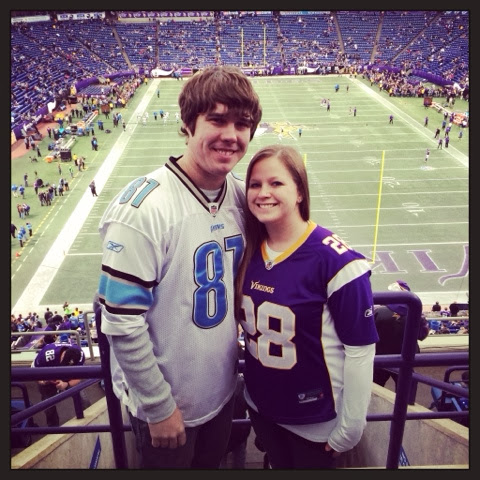 We supported their jerseys anyway, even though we knew this that morning.  Pride! 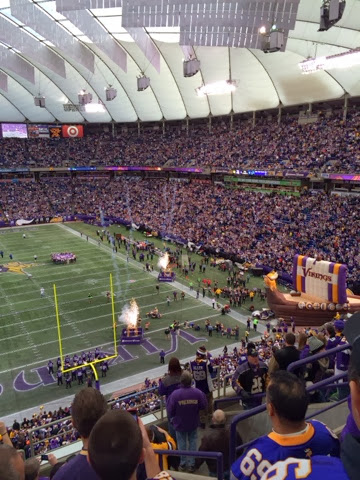 This was my second Vikings game, but my first game was when I was much younger, so I was excited for the experience... It was a bittersweet experience since this was the last game in the Metrodome! 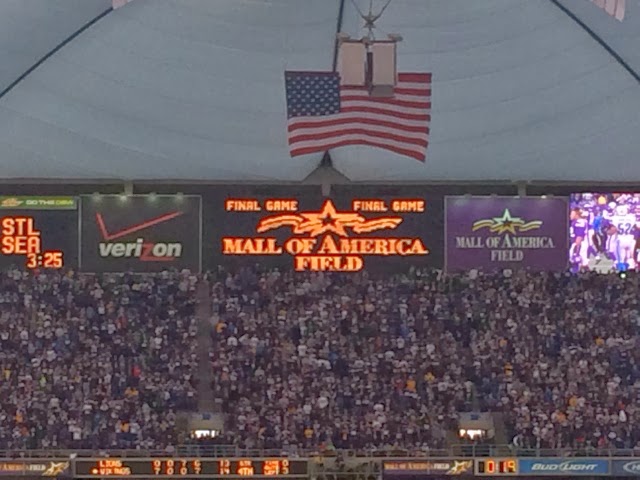 It was an exciting game with lots of crowd waves and cheering.  The Vikings won 14-13! 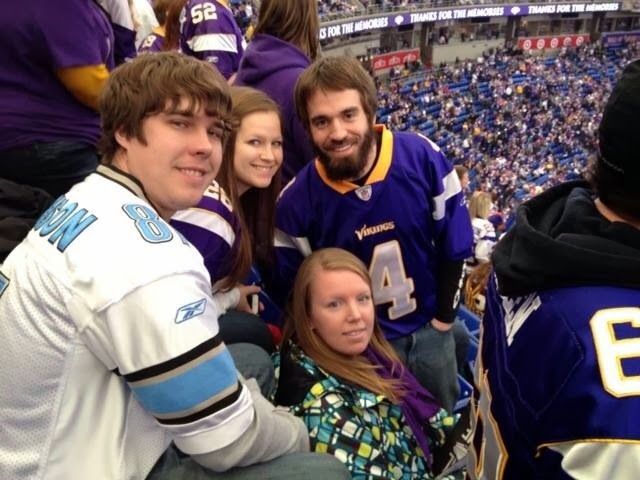 Adrian Peterson gave a speech after the game during a closing ceremony after the game, along with a few other Viking players and coaches in the history of the Metrodome.  It was very interesting to listen to and extremely moving for Vikings fans!  I can't wait to visit the new dome in a few years!

After battling the cold and light rail again, we were back to the hotel where we said our goodbyes and hit the road back home!

Not until a stop at Trader Joes, of course!  I stocked up on some goodies and bought flowers home for my mom to thank her for watching these little rascals while we were gone. 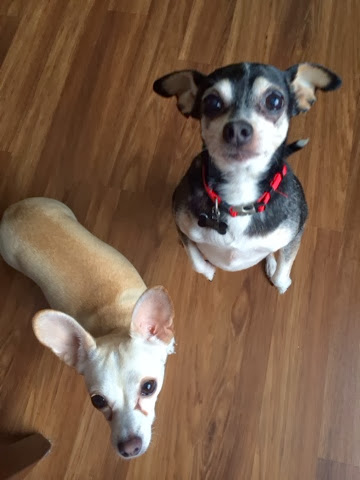 Plans for New Years Eve?
Posted by Life After Morning Coffee
Email ThisBlogThis!Share to TwitterShare to FacebookShare to Pinterest