Considering it was my weekend to work, I was not expecting anything exciting to happen this past weekend.  It was going to be a typical weekend consumed by work, cleaning, and errands.  Little did I know, the weekend would include all of those PLUS a bunch of fun.

I decided to take the weekend off from CrossFit to recover from Thursday's WOD. 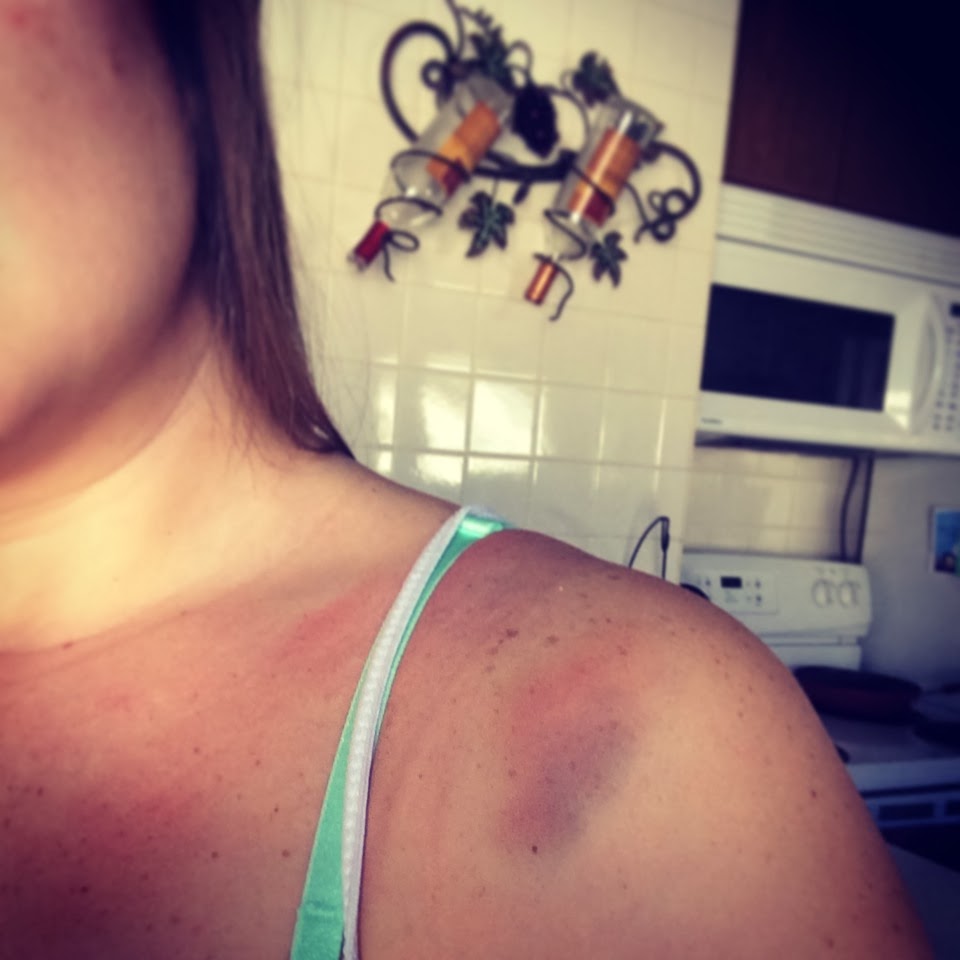 Using too much weight on power cleans will result in bruised thighs and a bruised collarbone/shoulder. Lesson learned.  I'm still feeling pretty bruised up, but I feel ready to get back at it today.

Terry and I both had a surprise day off together on Friday, so we spent the day getting stuff done around the house and running errands before our big Friday night plans ;)

We went to Best Buy and TJMaxx.  I found this gem in the clearance section and for some reason, I thought it was the coolest thing ever.  Impulse buy FTW. 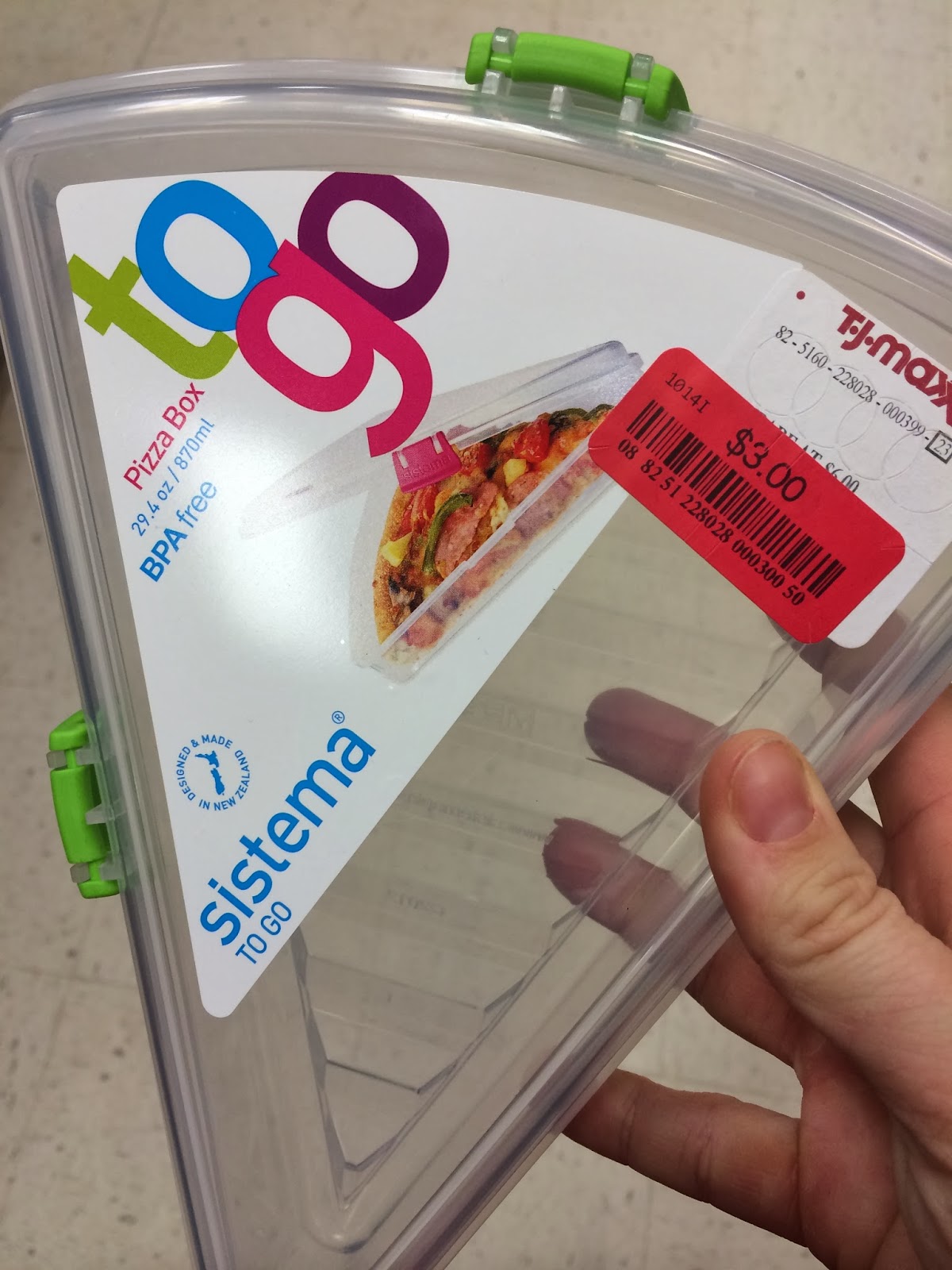 I also found some much needed new work shoes.  I've been wearing some stinky OLD pair of running shoes that are blown out in the heels and toes.  I went with the purple ones and put the pink shoelaces on them.  I was able to test them out at work on Saturday and Sunday and I am very pleased!  Comfy work shoes for only $35, I'll take it. 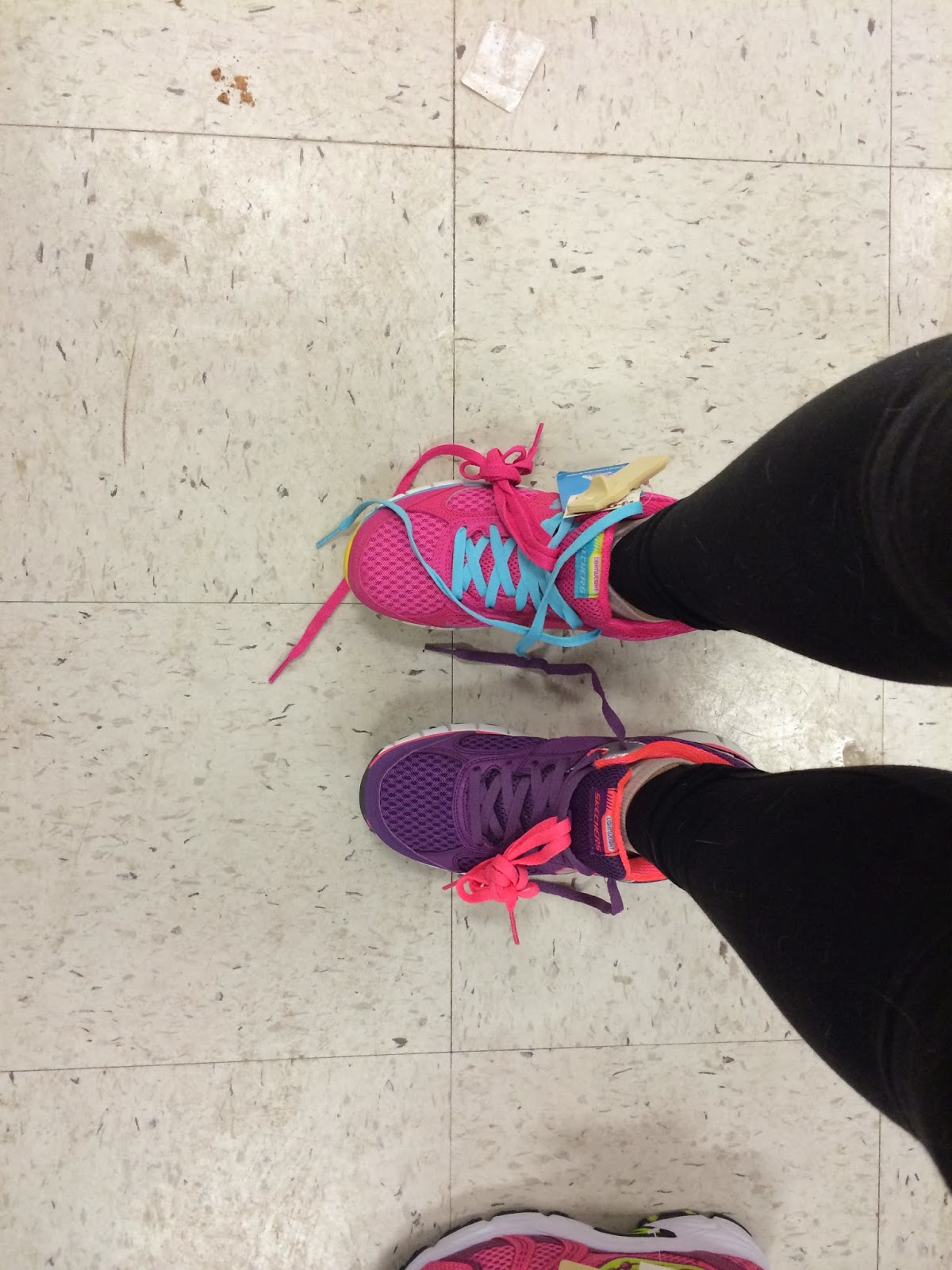 We then headed over to the mall.  I heard that Scheels got their new Reebok CrossFit shoes in and I couldn't wait to drool over them.  Now that I have been doing CrossFit for a couple of months, I realize that if I plan to continue doing it, I need to find a new shoe.  I've been wearing my running shoes to CrossFit and I really need to save those puppies for my half marathons this year. 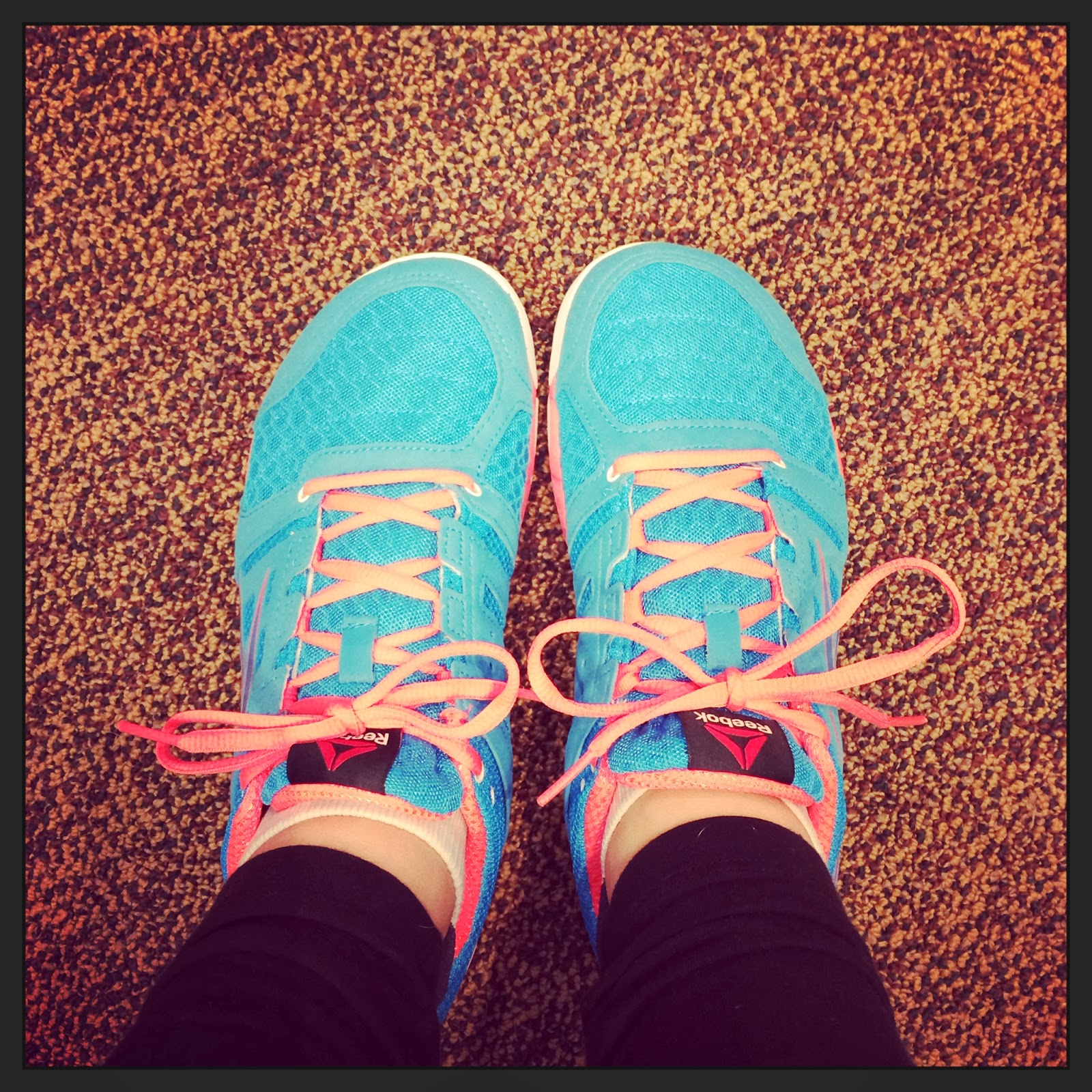 I tried these (Reebok One Trainer 1.0) and the Nano 2.0.  I immediately thought I was going to like the Nano's better since I've heard such great things about them but once I put on the Trainers, I was in love.  I love the wide toes for a better stance and I definitely love the colors.  I can't wait to try them out this afternoon!

After the purchase of TWO new pairs of shoes, I had to get out the of the mall.  I was giddy with excitement!  We hopped in the car and made a mini road trip to Mondovi to finally pick up the venison sticks from the deer Terry shot this last fall!  Yummmmm!  Half of the bag may have been gone by the time we got home.

We stopped at home to pick up the pups so we could head out to our big Friday night plans… The Dog Show! 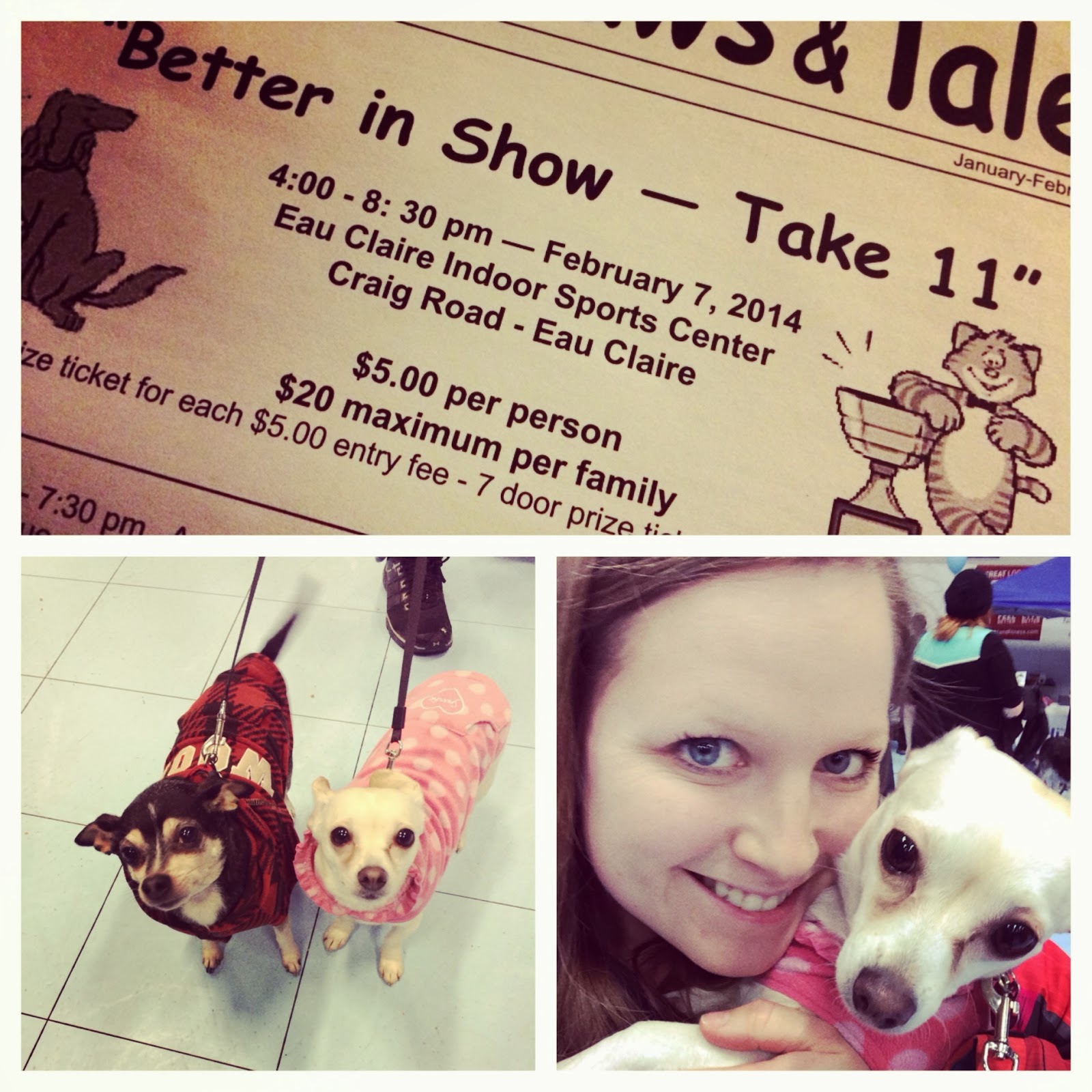 I read about the event a couple of weeks ago when we got the humane society newsletter in the mail and I immediately put it on our calendar.  With the below zero temps, the poor pups have been cooped up in the house so much.  What a perfect opportunity to get them out of the house and socialize with other dogs, eat a bunch of treats, and walk around.  It was so much fun!

Saturday morning was filled with some much needed cleaning - what a relief to have it done! - and then I was off to work for the rest of the night… Or so I thought.  I worked from 2-6pm and was then sent home on-call for the rest of the evening.  Terry and I decided to take advantage of the time off and head out to Metropolis Resort (where our wedding reception was) for a fun night out.

We had dinner, drinks (yes, I was very very naughty for the Paleo challenge… ugh), and had some fun!

We played darts and "What's the Difference?" in the bar.  This is one of my favorite bar games and it reminded me of the many nights in the Grand Illusion, playing this game with all of my closest friends.  It was also when Terry and I started dating, so it was fun to play together!  We ended up getting SECOND place on the leader board which was SO COOL!  If we would have found just one more thing, we would have taken first! 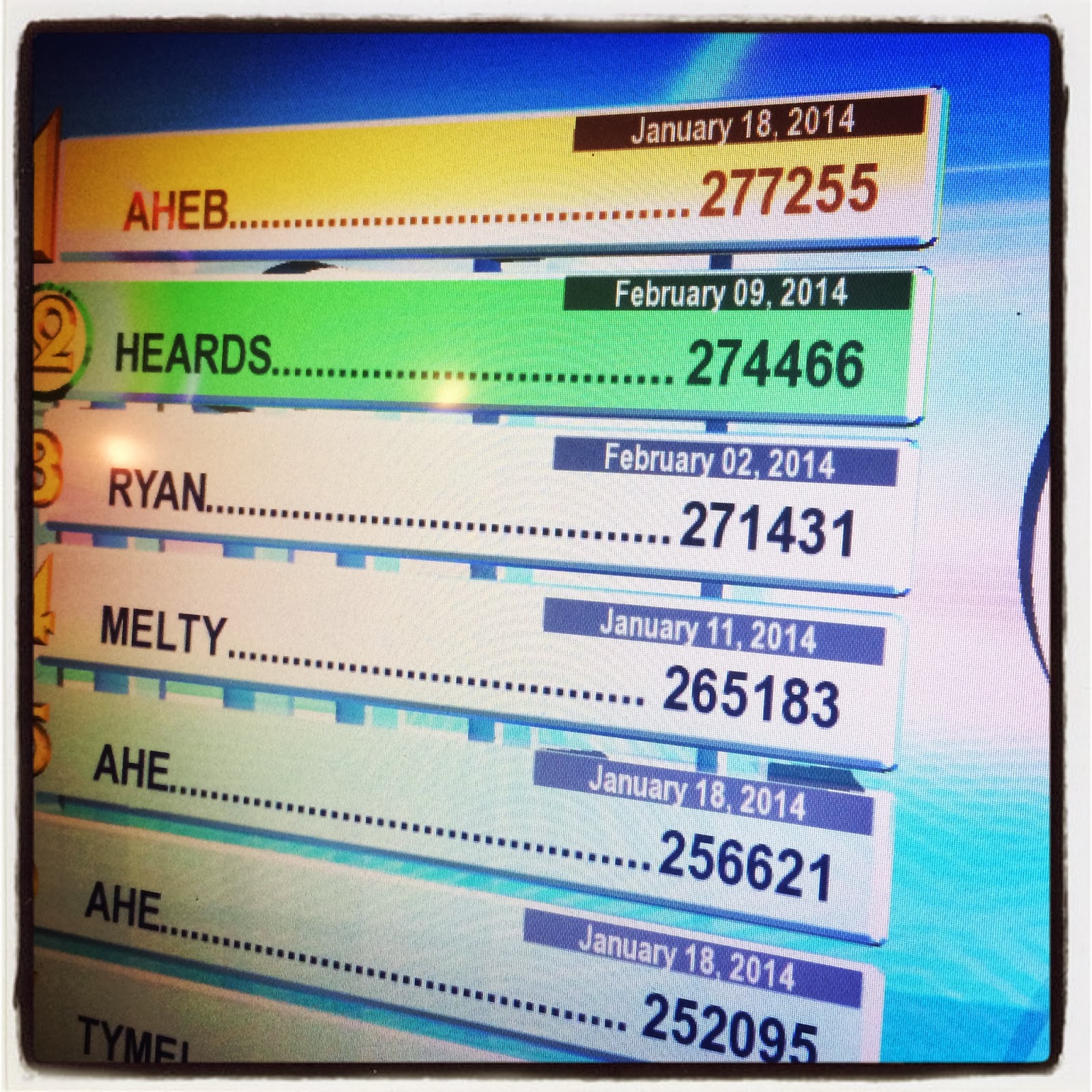 After the excitement of "What's the Difference?", we headed over to Action City for arcade games and the batting cages.  I had never done the batting cages before so it was a lot of fun!  I stuck with slow pitch softball while Terry did the 70mph baseball! 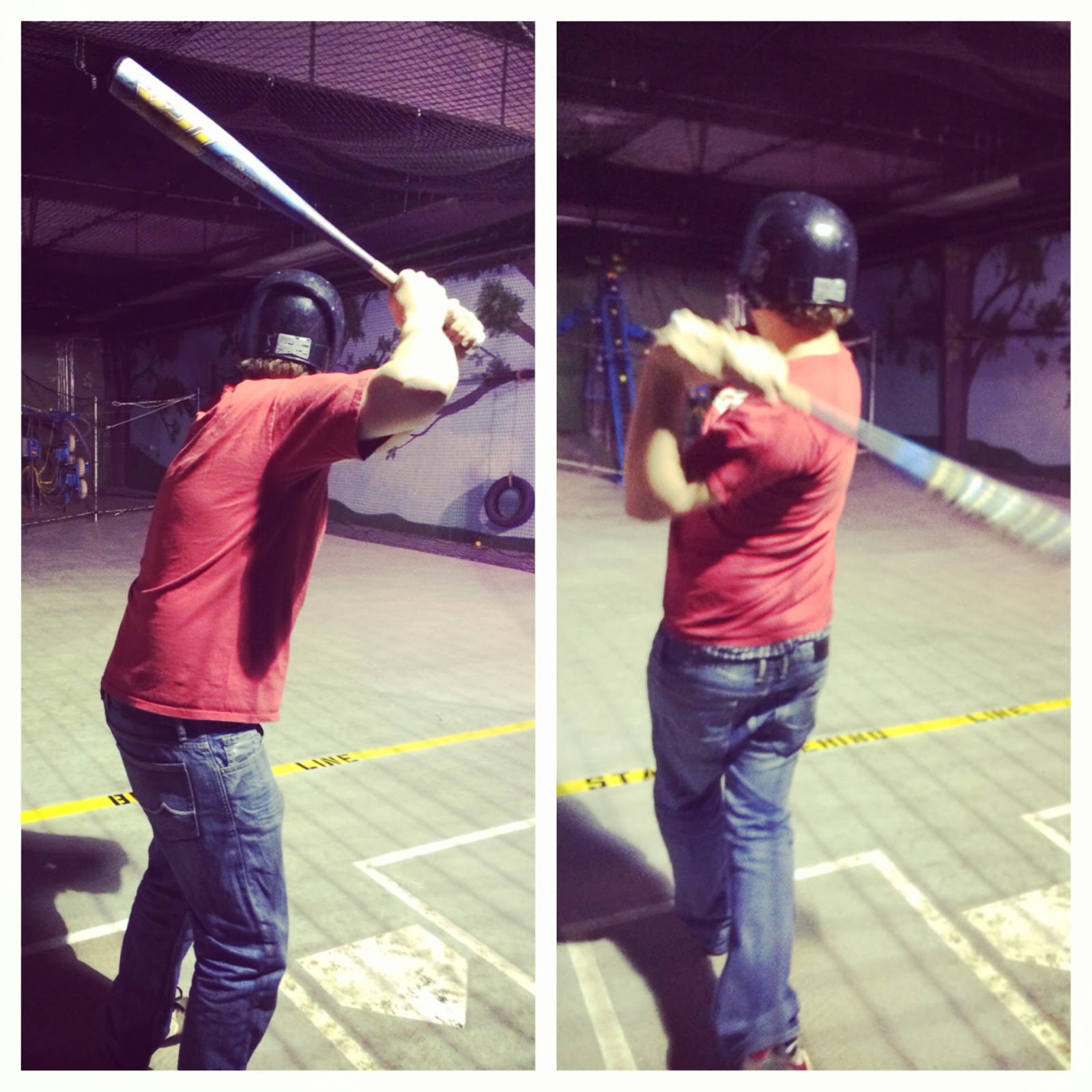 We were having too much fun, so we headed back to the bar for another drink and challenged some guys at the bar to a game of darts.  We played a couple of games and won, so they bought us a drink!  I was pretty impressed with these taste activator glasses and bubbles.  Yes, bubbles.  I'm easily amused. 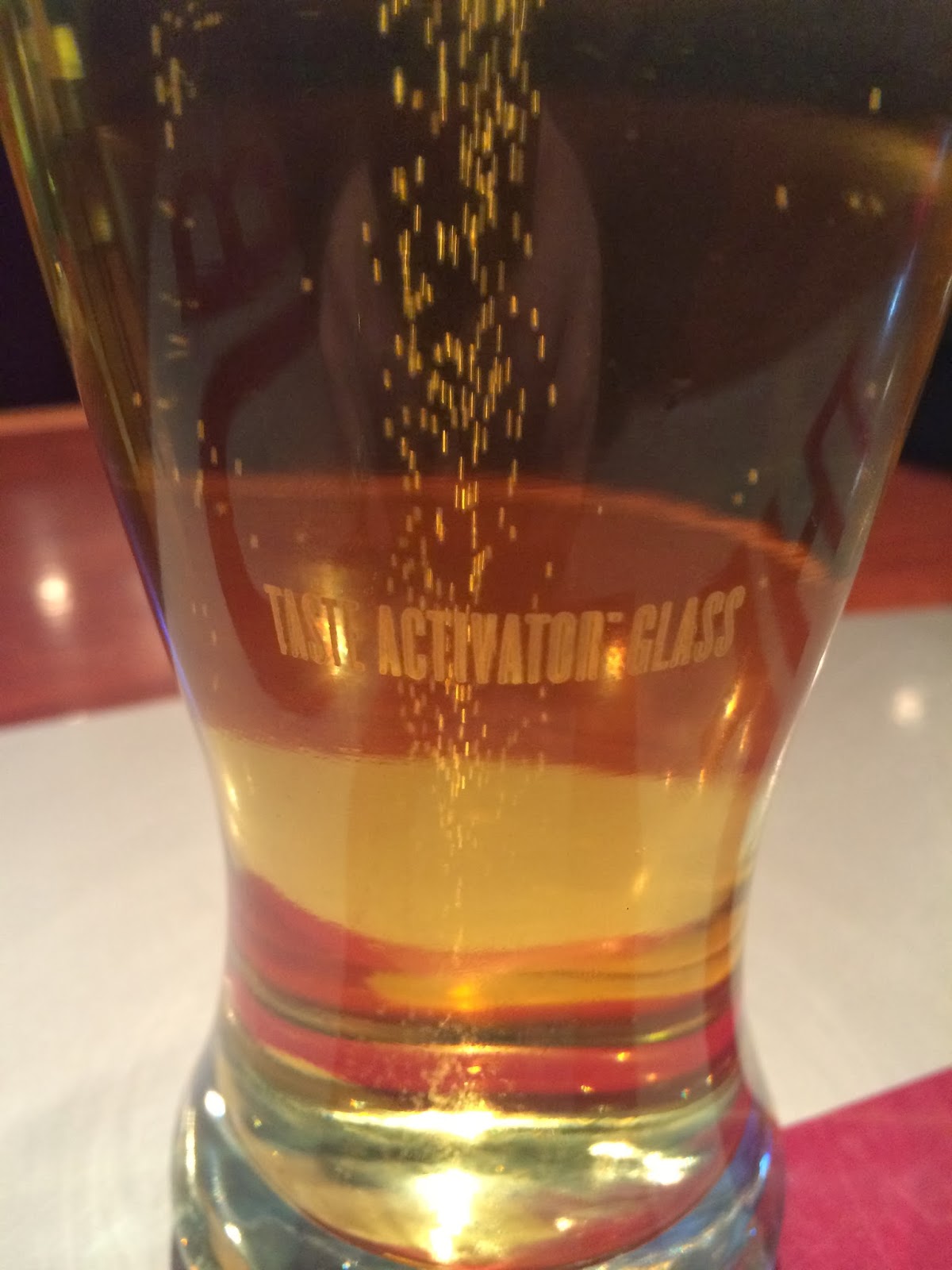 We slept in and took Sunday morning slow until I had to work 2-10pm.  What an awesome weekend!

What did you do this weekend?
Posted by Life After Morning Coffee
Email ThisBlogThis!Share to TwitterShare to FacebookShare to Pinterest